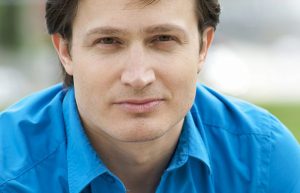 Invited by Kent Nagano, Mr. Hamelin lead one of the choirs during the Verdi Requiem concert in August of 2019 with the OSM, on the esplanade of the Olympic Stadium.

He is currently conductor and artistic director of the Orchestre Philharmonia Mundi de Montréal, the West-Island Youth Symphony Orchestra (since september 2019), and of the Chœur Classique Vaudreuil-Soulanges. He has also conducted the Choeur du Musée d’Art de Joliette (2016-2021).

Between September 2010 and April 2017, he also conducted an orchestra of 25 musicians in 83 performances of “Edgar et ses fantômes” across the province of Quebec. His recording of the show’s music, released as both CD and LP on the Octave Classique label, was nominated for the 2012 ADISQ award as the “Classical Orchestra Music Album of the Year”. He also conducted this same show at the Casino de Paris in April and May 2018. A sequel, entitled “Edgar 2 et ses fantômes,” was performed 29 times in Montréal and Québec City between October and December 2017.

Jean-Pascal Hamelin has also given numerous concerts abroad, conducting the National Orchestra of Colombia in Medellin (broadcast on national television), the Dohnanyi Budafok Orchestra at the Budapest Palace of Arts, and the Youth Orchestra of the Americas, with whom he recorded an album entitled “From the New World”.  This “live” recording, released on the Fidelio Musique label, was also nominated at the October 2011 ADISQ Gala as “Classical Orchestra Music Album of the Year.” Jean-Pascal has also collaborated with a number of outstanding soloists, including pianists Gabriela Montero and Louis Lortie. 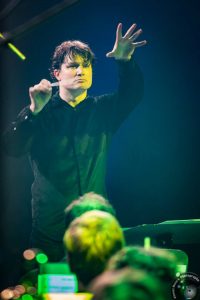 Jean-Pascal Hamelin studied conducting with Raffi Armenian at the Conservatoire de Musique du Québec à Montréal and with Jean-François Rivest and Paolo Bellomia at the Université de Montréal. He also trained in conducting in the United States and Europe with Harold Farberman at Bard College in New York and Gianluigi Gelmetti at the Chigiana Academy in Sienna, Italy.

Trained as a pianist, Jean-Pascal Hamelin continues to perform the solo repertoire as well as concertos and chamber music. He studied piano at McGill University with Charles Reiner, where he earned a Bachelor of Music degree, and continued in New York with Edna Golandsky and Dorothy Taubman. He recorded an album of Chopin’s piano pieces entitled “Tableaux intimes” . He was an assistant producer and music commentator at Radio-Canada from 2000 to 2005 and a regular guest on Ici Musique’s Soirées Classiques.